When You Need a Court Martial Lawyer in Athens Georgia

The experienced military attorneys at Gonzalez & Waddington have earned a reputation for defending service members at Army, Navy, Marine Corps, Navy, and Coast Guard installations worldwide. If you are stationed in Athens GA and are accused of a military offense, then having the most aggressive defense attorney can be the difference between getting convicted versus winning your case or redeeming your career. Our military attorneys represent Athens GA service members in both criminal and administrative matters to include defending service members accused of sexual assault, larceny, and other crimes under the UCMJ.

This video is a perfect example of why you should retain the best criminal defense attorneys that you can find.

Unlike most civilian defense lawyers or your free military lawyer, pleading guilty is an option of last resort. When our lawyers are retained, we make the military to prove their case beyond a reasonable doubt. We take just about every case to trial and fight the allegations in front of a panel.

Our military court martial victories are clear. The accused service member and his or her future is our main concern. Our military defense lawyers keep smaller caseloads than the typically assigned defense attorney so that we can concentrate on each trial on an individual basis. Your case will not be delegated to a random attorney and we will not intimidate you into a guilty plea at the eleventh hour. Our defense lawyers have successfully contested military court martial and administrative separation cases in the United States and worldwide.

Our hard-hitting military attorneys will use our skills to fight your court martial or ADSEP case in Athens GA.

Military personnel working in Athens GA merit the best military defense lawyers available to defend them at their trial or administrative separation proceeding.

If you or a loved one are stationed in Athens GA and are accused of a UCMJ crime such as sexual assault or if you are dealing with an admin discharge, Article 15, elimination board, reprimand, then contact our court martial lawyers today. 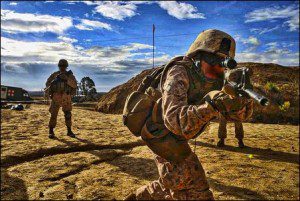 The city of Athens is located in Clarke County, which is a part of the state of Georgia. The University of Georgia, which is situated in the city, is known for its research projects and the quality for which it is regarded as the best university in Georgia. Athens is in fact the consolidated city-county as the city has never signed a charter with Clarke County. The population of the city is 115,452. The area of Athens- Clarke County is the smallest in Georgia. Athens is considered to be a very good place for raising a family.

117.8 square miles of the area is land and only 0.5 square miles is water. The city climate is subtropical and humid. Hot summers and somewhat cold winters are typical for Athens. The city rainfall is about 49.7 inches per year. There is not a lot of snow in the winter. The snowfall is usually also moderate. Severe thunderstorms are occurring in the spring, and often result in tornadoes. The city is also known for its unique hills. 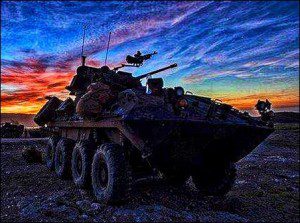 Long ago, in the late 18th century, there was a trading settlement on the Cedar Shoals. Today Athens is located where that settlement used to be. The first state-supported university in Georgia was built in Athens. John Milledge, who was the trustee and governor of Georgia, donated 633 acres of land to the university. The area around the university was then named Athens, after the town in which both Aristotle and Plato lived. As years went by, the university got more and more money from donations. In 1804, the city had three homes and three stores, all of which faced the Broad Street. Athens was not an official town until 1806 when a three-member commission was appointed by the government. Thanks to the cotton mills the city became prosperous and the money continued to flow in the city budget. The first railroad was built in 1833. It was built thanks to only a couple of businessmen. During the 1960’s the citizens were still segregated, and 1961 will be remembered as the year Lemuel Penn was murdered by a KKK member and his friend.

The biggest employers in Athens play a big role in industry and are making a great contribution to the city budget. The most prominent ones are: CertainTeed, which is a fiberglass insulation company, Skaps, which produces non-woven plastics, Merial, which produces animal health products, NKC who makes automotive parts and many more. One of the biggest employers in the town is the local army base. Jackson EMC and Walton EMC are the biggest electricity providers in the city. Apart from them, there is also Georgia Power, another electricity company, and Atlanta Gas Light, which provides the citizens with gas. They are a big firm with a lot of employees.

NSCS or Navy Supply Corps School was located in the city of Athens. The school was opened in 1860’s. In the beginning it was a military school for Confederate soldiers, but it soon started serving the function of a garrison as well. The school was closed and re-located in 2011. Its new location is Rhode Island. In 2010 the head of the school was declared unable to lead the school and was relieved of his duty. The whole school was subjected to a strict investigation which resulted in the closure of the same. While it was still running, the school occupied 58 acres. During the Civil war, the school was supported by the state and its primary goal was to educate the Confederate veterans which were disabled during the Civil war.