These books are used by criminal defense practitioners in the United States and around the world. In addition, Alexandra was one of the first defense attorneys to work as a Public Defender for the Augusta Judicial Circuit. Our firm’s other founding lawyer, Michael Waddington, graduated from Temple University School of Law in Philadelphia, PA, and is a current member of the American Board of Criminal Lawyers, one of the most esteemed legal groups made up of some of the top criminal attorneys in the world.

Moreover, some of his cases were made into films, such as “The Kill Team.” He also often teaches criminal attorneys cross-examining sexual assault victims. Finally, our aggressive military defense attorneys will use our experience to defend your court-martial or administrative separation (ADSEP) case at Dover AFB.

Call today to consult with our unrelenting defense lawyers.

Armed forces personnel need qualified criminal defense counsel to defend them at their court-martial or ADSEP hearing. therefore, if you are accused of a Uniform Code of Military Justice crime such as Death or Injury of an Unborn Child, Sexual Assault, Conspiracy, or Fraudulent use of Credit Cards, Debit Cards, then contact our military attorneys.

Military law forms the backbone of the military’s legal system and applies to all active duty, national guard and reserves, and retired armed forces personnel across all branches. If you or someone close to you has been charged with a crime under the UCMJ, you must turn to military defense lawyers for help right away. Find an aggressive civilian military defense counsel at Gonzalez & Waddington. As a former member of the US Army’s Judge Advocate General’s Corps (JAG), aggressive military criminal defense attorneys, Michael Waddington has a history of helping US Soldiers, Sailors, Airmen, Marines, and Coasties in both criminal and administrative matters.

In the middle of the Peninsula is the Dover Air Force Base in Delaware. The air force base is home to the 436-Airlift Wing and the 512-AW. The Dover AFB also contains the C5 Galaxy and C17 Globe-master III Aircraft. The 436–AW is an active military host unit that provides command, supervision of staff, and assigned airlift support that provides movement of cargo and personnel on assignments, exercise, and contingency airlift missions.

The 436-AW consists of operations, maintenance, mission support, medical groups, and staff divisions. There are over 4,000 active duty military and civilian employees. The wing operates the largest and busiest freight terminal in the Department of Defense. The Dover AFB is also home to the Air Mobility Command Museum which attracts visitors yearly. The units on the base include the Maintenance Group, Medical Group, Mission Support Group, Operation Group, Wing Staff, and Tenant.

The Gonzalez & Waddington Attorney at Law Firm specializes in diverse military legal services. Our skillful legal defense attorneys are aggressive to help defend military service members. The Law Firm has the best lawyers and civilian counsel who are available to travel internationally to represent clients. The lawyers have traveled to Europe, the Middle East, and Pacific Rim to defend court-martial, administrative, criminal, non-judicial punishment, and sexual assault cases.

If you are a service member of the Army, Navy, Marine Corps, or Coast Guard and need legal representation, call or visit Gonzalez & Waddington’s website. Our legal defense attorneys are ready to present your case before the board or court of law. Service members stationed at the Dover Air Force Base in Delaware are welcome to contact our office for a free initial consultation. The website is always available 24 hours daily for clients to inquire about services and schedule an appointment. 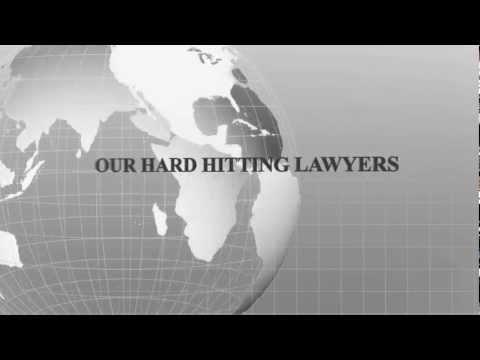 Founded on October 13, 1986, as the Dover AFB Historical Center, the museum houses three hangars and the main site of Olmsted Air Force Base in Harrisburg, Pennsylvania. The origins of Dover Air Force Base began in March 1941, when the United States Army Air Corps indicated the need for a training airfield in Dover and took over responsibility for the Municipal Airport of Dover, Delaware. With the founding of the US Air Force on September 18, 1947, the airport was originally Dover Airdrome, renamed Dover Air Forces Base on January 13, 1948.

The facility was changed to Dover Army Air Base on April 8, 1943, as the name. When the United States entered World War II in late 1941, the Dover Municipal Airfield was leased to the US. Army Air Corps and assigned to the Eastern Defense Command as a coastal patrol base. In April 1943, the name of the military facility was changed from Dover Air Force Base to Dover Air Field.

After the end of the war, the army had other uses for the area, and the new base was inactivated. The first military missions at Dover Municipal Airfield included operations of the 112th Observation Squadron, which was federalized and began long-term operations at the base, including the only C-5 wing operated by Air Mobility Command. These units deployed with the 4404 TH Base Standby Squadron, a small tenant unit responsible for maintenance and upkeep.

The 3,700-hectare Dover AFB site in Dover, Delaware, includes 23 sites for industrial waste disposal. Dover Air Force Base is home to the 436th Airlift Squadron and 512th Airlift Squadron, including aircraft supporting the base, including C-5 Galaxy and C-17 Globemaster III. About 9,000 airmen, service members, and civilian families work at the base.

Dover Air Force Base is an Air Force base located two miles south of Dover on the west side of Delaware. His duties include:

The base is home to key partners such as the Air Force Reserve, 512th Airlift Squadron, the Air Force Mortuary, the Army Medical Examination System, and the Joint Personnel Effects Depot, responsible for the dignified return of fallen American soldiers. Popular units at the base are the 436th Maintenance Operations Squadron, 736th Aircraft Maintenance Squadron, 3 RD-9 Th Airlift Squadron, and 436th Communications Squadron. Additionally, the Dover AFB is home to the 436th Airlifting Wing and 436 Air Mobility Command (AMC), formerly known as Eagle Wing and later taken over by the AMC-governed 512th 512 Air Force Reserves Command (AFRC), which is now known as Liberty Wing.

Hangar 1301 at Dover Air Force Base houses the Air Mobility Command Museum. Here you will find information about the base, including the main commercial DSN number for the base, basic services, basic transport, accommodation, TDY, PCS, and personnel processing. Dover AFB is in the Caesar Rodney School District.

Jones requested that the arbitration of his formal complaint take place at a base-neutral location at the Sheraton Hotel, five miles from the respondent. The Eagle Rest Air Force Inn at the base provides temporary accommodations for visitors and military personnel on their way to new operations stations. The mediation took place in a Sheraton hotel five miles from the employee’s workplace, selected by the employee and paid for by the respondent (e.g.

The Attorney General’s Office referred the request to Resolution Group, a private company with an annual contract with the Air Force for mediation and training services. Resolution Group, the air force contractor in charge of mediation, warned the parties of the need to submit confidentiality agreements on the process and that the mediator would be neutral. There would be no legal representative representing the squadron commander for settlement talks.

The legal representative had to arbitrate his authority, provided he agreed on the conditions with the responsible squadron commander. DM1L99008 refers to the seven-day suspension that Elzey F. Jones, Jr., a member of the negotiating unit, received. The Dover AFB, Legal assistance Office, handles damages for loss of household belongings and other personal belongings due to permanent station changes, temporary customs shipments, or vandalism occurring on the basis.

Eagle Heights Family Housing provides the life your family deserves, with the pricing and flexibility your family needs. You can cancel your subscription by calling Customer Service.

US President Joe Biden closed his eyes and bowed his head back as a flag-draped suitcase containing the remains of 11 American soldiers killed in a suicide bombing in Afghanistan emerged on Sunday from a military plane at a Delaware base. Governor John Carney, Transportation Secretary Jennifer Cohan, and a Delaware military and veterans delegation met at Dover Air Force Base to inaugurate a bridge on Route 1 at DAFB, where Elizabeth Loncki, the first woman from Delaware killed during Operation Iraqi Freedom, is stationed.

The American service members were killed on Thursday at the airport of Kabul in an Islamic State suicide bombing as the United States carried out a massive airlift of Americans and Afghans over the past two weeks. The Pentagon has confirmed that the US drone strike on an explosive-laden vehicle that the US Central Command said posed an imminent threat from ISIS-K at the airport was not a drone strike.